Click on the links below to view and purchase:

It is past ten o’clock on a cold Friday night when Rebecca and her husband Jack’s doorbell rings. Outside is a woman who introduces herself as Jack’s ex-girlfriend Cara. And she’s holding the hand of a shivering, blue-eyed, four-year-old girl. Who she claims is Jack’s daughter.

Rebecca is shocked to discover he has a child from his last relationship – even one he hadn’t known about. Because becoming parents isn’t part of their life plan. They like children, but they also love their freedom and spending time together uninterrupted; the way that, if they wanted to, they could travel the world at a moment’s notice.

But Cara needs them. Because Cara has a devastating secret that she can’t tell anyone yet. Not even her daughter. A secret with the power to change all of their lives.

A secret that will ultimately mean Rebecca has to ask herself – could she find it in herself to welcome her husband’s child into her home, and into her heart? (Out on October 13th 2020 – Available to preorder now)

It was a wooden box, white with yellow and green flowers. Shelley ran a finger over the embossed lettering – Memories – pressed her lips tightly together, feeling her heart pounding in her chest… and opened it.

When Shelley first met Greg, her life had been full of possibility. A whirlwind romance, a dream wedding, moving into their first house together, thinking about starting a family…

But now it’s ten years since their wedding. Greg has gone. And there’s a room in the house where Shelley has shut a baby blanket away. In a box, under a bed, in a spare room, behind a door that she never opens. If it’s there, she can forget about it. Just like everything else in that room. Just like her other memories. Of a marriage that perhaps hadn’t been perfect. Of a life that hadn’t gone the way she had expected.

She’s been managing to hide from her past. Every day she acts like everything is normal. Going to work and following a routine helps her pretend the bad stuff never happened.

Until one day, everything changes. She sees the couple moving in next door, giggling as they walk up the path to their new home. The woman is pregnant. It’s like she has everything that Shelley has lost. But when Shelley properly meets Lara, she soon discovers she is in fact carrying a heartache to match Shelley’s own.

As her friendship with Lara deepens, Shelley starts to wonder what might happen if she opens the box she’s hidden away. Will the secrets from her past – about what she lost, what she’s hiding from, and what she has been doing her best to forget – destroy her?

Ever since Ruby was tiny, she has been unique. Her smiles are magically rare, and she likes things done in a very particular way – her blocks are always colour-coded, and her toy animals stand in regimented lines. She’s also the daughter of Sara’s dreams – even on days when being a mother to a three-year-old is exhausting.

Not everyone understands Ruby like Sara does though. Not Sara’s husband Mike, and certainly not her disapproving mother-in-law, Barbara. So when circumstances force their family to move in with Barbara, Sara knows it’s going to make motherhood even harder.

Then Ruby’s pre-school suggest that her behaviour and refusal to speak might be the first signs of a bigger issue, in the same week that Mike walks out on them. And Sara’s world is blown apart.

Facing life as a single parent and trying to work out Ruby’s needs is more than Sara can face alone. There’s only one person she can turn to for help – Barbara.

But Barbara knows something Sara doesn’t. She knows what can go wrong if you don’t look after your children right… And she’s determined not to let Sara make the same mistakes she did.

One Way Ticket to Paris

When I was a kid and I’d lost something, my dad always said ‘Go back to the place you last had it’. The problem is that what I’ve lost is… me.

Kate loves her family more than anything, but recently she has started to feel invisible. Lying awake at three a.m. as her husband snores, panicking about shopping lists, birthday parties, and the school bake sale…

She finds herself in the kitchen, gulping water, staring at a postcard of the Eiffel Tower from Shannon, her best friend.

Paris, with its red wine, slippery cobbles and curly lampposts. Where the scent of freshly-baked croissants hangs in the air, and Kate last remembers feeling like herself.

The postcard is a year old. It has just one line on it: When are you coming? 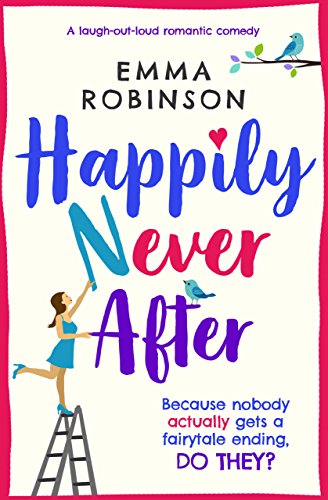 A hilarious, romantic love story about mothers, daughters and how on earth to find Prince Charming, for fans of Sophie Kinsella, Marian Keyes and The Gilmore Girls.

Rory closed her eyes. Think with your head. Your heart can’t be trusted. Life is not a fairytale…

Rory doesn’t believe in love. She’s got far too many real problems to deal with.

She’s just bought a tumbledown house. Her mother is generally behaving like a wicked witch, insisting on calling her Aurora, and generally interfering in her (admittedly pitiful lack of) love life. And her 16-year-old daughter has finally grown out of Disney princesses and discovered dating…

But Rory’s adamant that she doesn’t need saving. In fact, the only thing she’s wishing on a star for is a bit of practical help. However, when she meets a builder whose name is John Prince and who seems to be in the habit of rescuing her (right down to finding her lost shoe one evening) she might have to face a truth as uncomfortable as hobbling home barefoot – that maybe there’s something enchanted in the air.

Her mother, daughter and friends are convinced her prince has come, but Rory just wishes everyone could let it go. Especially when she hears a story that makes her question whether he is really the hero everyone thinks he is… 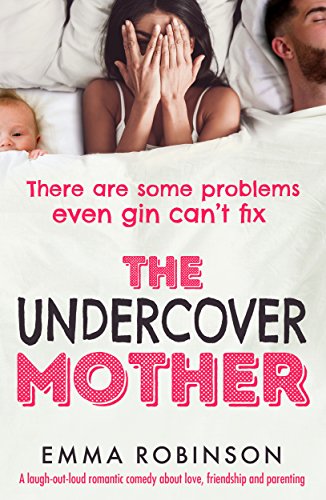 Have you ever wondered what secrets other mothers are keeping?

Jenny has too much on her plate: literally – she’s only pregnant with one child but she’s already eating for three. Not to mention trying to juggle her future life with a baby, a nightmare boss, a know-it-all sister, and a bizarrely laid back husband.

She used to be famous for her ‘Single Girl About Town’ journalism. But not only is she bored of parties, she also hasn’t been single for years, and is now 8½ months pregnant.

So when her boss hands her column to a younger colleague, Jenny panics and proposes instead writing about being a clueless new mum. Surely people will find her new friendship group fascinating? Even if the only thing they have in common is that they all had sex around the same time 9 months ago…

Like – what’s the deal with scary Gail’s mystery husband? How is posh mum Antonia already out drinking when Jenny can barely make a cup of tea? Why isn’t sweet-natured Ruth answering any phone calls?

And if her readers aren’t quite hooked yet, maybe Jenny will just have to be more liberal with the truth. After all, none of the other mums will read it… will they?

The Undercover Mother is a feel-good parenting page turner that will make you laugh, cry and recognise every moment. Perfect for fans of Why Mummy Drinks and The Bad Mother’s Diary.

What readers are saying about Emma Robinson:

‘I laughed out loud on the bus at this book … Well written, funny and most of all compassionate… a much-needed dose of humanity and humour … Five easy stars.’ S.E. Lynes, 5 stars

‘This book was so much fun to read that I couldn’t put it down and HAD to read it in one sitting… I loved every minute of it.’ Pretty Little Book Reviews

‘My first thoughts for this book are laugh out loud hilarious! I simply couldn’t stop laughing through this book. Emma Robinson’s writing is so relatable.’ Bookish Lifestyle, 5 stars

‘Oh my days. I loved this book… in parts a laugh out loud read, it’s also a comfort read, sometimes happy, funny and sometimes a little sad, the book has lots of emotion running through it… First Class read, I recommend this book to anyone who wants a fun, yet real read. Friendships, secrets, lies, revelations, laughter, tears, relationships. This book covers it all.’ I Love Reading, 5 stars

‘This is a truly amazing book that I read in two sittings. I just didn’t want to put it down. The writing flowed, the characters were all a delight and the plot was so passionate, and truthful.’ Whispering Stories, 5 stars

‘Within the space of a few pages… I could feel my spirits lift and a big smile settled itself on my face.’ Novel Deelights

‘There are twists and emotions and secrets which kept me riveted to the book till I finished it.’ Book Reviews by Shalini

‘If you’re looking for an easy and warm read with fantastic cast of characters, this is the book for you.’ This Chick Reads

‘It’s one of those stories you wont want to put down when you start… Very impressed.’ Gemma’s Book Reviews, 5 stars

‘A funny, light hearted read… Perfect for curling up on the sofa on a cold winter day or on the beach on a wonder summer break.’ Any Excuse To Read

‘I loved this book and everything it stands for. The honesty is empowering, the hidden messages are like little hugs every few pages, and the hilarity makes the hard times seem less daunting… Hand on heart, this book is everything I could have wished for and more… A phenomenal debut novel which is totally trophy worthy – Emma Robinson has certainly got a fan for life where I am concerned!’ The Writing Garnet, 5 stars